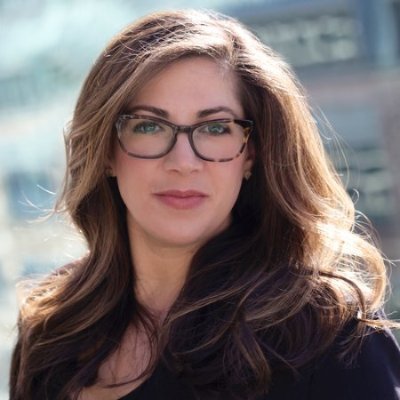 No events attended yet.

﻿Arlyn Davich is an entrepreneurial CEO with a proven track record of building and scaling consumer-tech businesses. She currently serves as a Board Director for Caliper Foods and The Pingry School while building her latest venture, Little Fish: a company that deploys top-tier executive talent on a fractional basis.

Most recently, Arlyn served as Global President of ShopShops: a leading live stream shopping platform connecting hundreds of content creators, thousands of brands and millions of shoppers across 9 countries. Under her leadership, the company successfully launched to the English- speaking world, generated strong demand on all three sides of its marketplace and raised a Series B financing from investors including Union Square Ventures, Forerunner and Acrew Capital.

Prior to ShopShops, Arlyn co-founded and led Walmart’s Brand Incubator where she created and operationalized a portfolio of tech-enabled consumer brands. As VP/GM, she oversaw strategy, resource allocation, recruiting/talent development and all commercial functions including Merchandising and Planning, Business Development and Sales, Design and Product Development, Sourcing and Production, Operations, Supply Chain and Fulfillment, Brand and Performance Marketing, Customer Service and Finance.

Arlyn was awarded the Walmart Omni Leadership Award for developing a strategy and culture that advanced cross-functional innovation and collaboration. While at Walmart, Arlyn also served as President and GM of Allswell – a home brand with a hero product of mattresses – which she founded and grew to $300M+ in under three years.

Before joining Walmart, Arlyn spent eight years as CEO of PayPerks - a financial capability and rewards platform for underserved consumers – which she founded in 2009 and sold to SMI in 2021. Under her leadership, PayPerks forged innovative public/private partnerships with the U.S. Treasury, MasterCard and Comerica Bank, acquired more than 1M customers and raised three rounds of financing from prominent angels and venture capital firms. Arlyn led the company to profitability and transitioned from CEO to Board Chair in 2017.

Arlyn graduated from Bowdoin College in 2003. She is a past President of the Bowdoin Club of New York, and co-founder of The Bowdoin Startup Series: a semester long class introducing Bowdoin students to an entrepreneurial career path. She graduated with honors from Columbia Business School where she received the Lang Fund for Entrepreneurship Prize.

She was a competitive tennis player in her glory days and is among the country’s worst backgammon players. She’s usually up for a challenge at either.